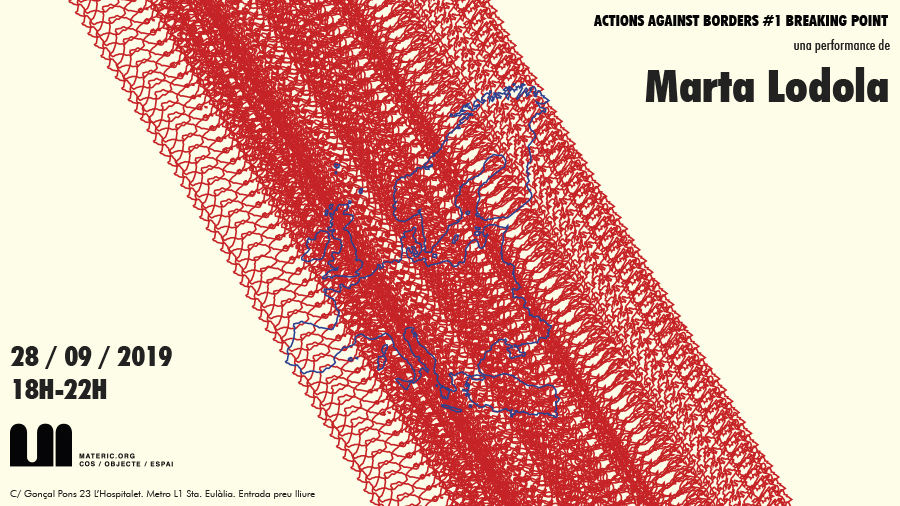 Posted at 14:07h in Activities, News by Materic 0 Comments

We invite you to the installation-performance by Marta Lodola (Italy), selected for the artistic residency 22cubic.

is a project merging urban space and performative practice as research on the actual meaning of our society’s borders. The process generates a slow and continous creation of an audio archive, collecting experiences, stories and social conditions on an itinerant journey. This ongoing project since 2017 has been developed in Berlin (DE), Athens (GR) and Treviso (IT).

Performer and visual artist. In 2006 she moves to Milan where she graduates in Painting at Academy of Fine Arts, Brera.
She works with video, photographic self-timer, performace art and illustration, interested as well in sociology, political philosophy, anthropology, cultural processes, political activism and cyberpunk literature.
In 2012 she participates in the research seminar “Foucault: per una genealogia del soggetto” at NABA New Academy fo Fine Arts in Milan, curated by Antonio Caronia and Amos Bianchi.

After her graduation, she started to collaborate with non-profits organizations, self-managed spaces and self-organized collectives. Since 2011 she collaborates with Valerio Ambiveri, their research investigates duality, twin bodies, identity and alter ego. In 2013 she participates in the event promoted by Comune di Milano and Chan Association “Con i tuoi occhi” at Colonne di San Lorenzo, one of the main streets in the heart of Milan during the International day for the elimination of violence against women. During the same year she undertakes a new research in connection with multimedia arts and music, under the pseudonym of Monnalisa Overdrive. In 2014 she creates the artistic group “Contamina” in collaboration with Marco De Meo, promoting performative actions within the colletivity of Cologno Monzese, in reference to discrimination, gender violence and homophobia. At the same time she participates of ITfestival, Festival of Independent Theatre at Fabbrica del Vapore. In 2015 she moves to Berlin where she perfoms and exhibits at an international level.