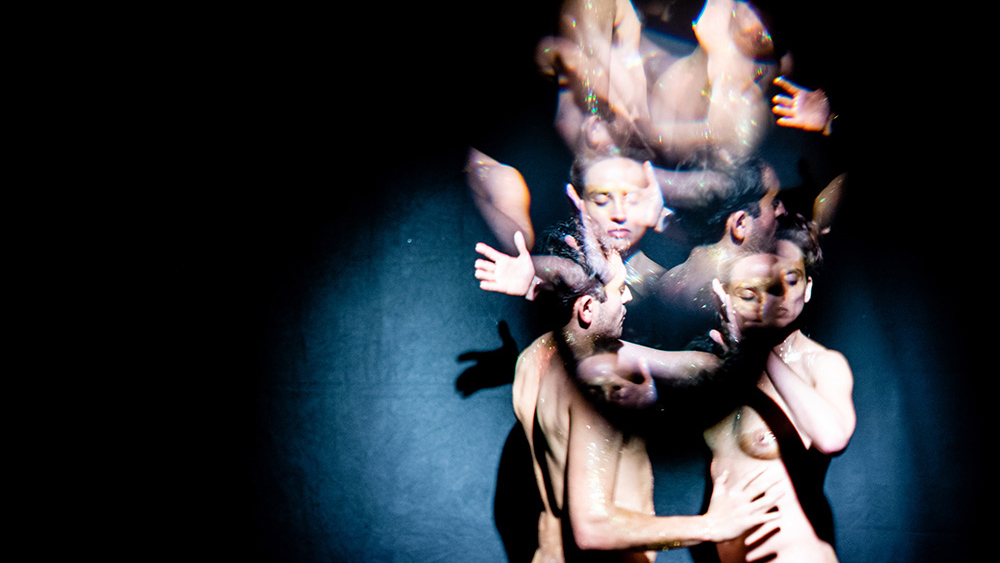 Mexican multidisciplinary artist and social practitioner on cultural and permacultural networks. Based between Mexico City and New York he currently works along with the audience, public space, architecture and performance. On his art he addresses the misplaced core principles of coexistence, the loss of connection with Nature cycles, and the political and environmental context of urban societies. His work has been shown in festivals, museums and galleries across Europe, Asia, north and south America developing site specific installations, urban interventions and performances using permaculture, artivism, improvisation, somatic movement, politics, altruism and shamanism practices.

Brazilian artist, performer and filmmaker based in Berlin. Co-founder of Musterzimmer and Broken Loop Collective. Since 2011 she has participated of Plataforma Berlin Festival as producer, sponsor, and/or artist. Her videos have been in a number of festivals and exhibitions in Rio de Janeiro, São Paulo, Berlin, Paris, Stockholm, Helsinki, Rome, Mexico City, and Hong Kong. Lustosa uses mostly time, light, space improvisation and the movement of the human body as inspiration for her work. “Theatre as a martial art” is her way to express her personal urges in life towards our future. She has developed an interesting point of view about social dialogues and social memories, from brazilian shamans, natives, Tropicalismous, samba references to old mythology, and new underground western crafts.

The artists elaborated this text shared during the performance:

For this collaboration Lola Lustosa counted with support from Graner in Barcelona.

Light: the essence of life and the source of growth.
Darkness: a departure or arrival point for life or dead.
Surprise: the factor of destiny or karma.

Alejandro was invited to 22cubic residency at Materic in L’Hospitalet de Llobregat where he researched the universal darkness, light and surprise. During his creative process he studied and played with the light already in the gallery coming from the street. He then built a dark cube and stayed inside for many hours isolated with no contact to the outside world and no light stimuli apart from the visions seeked from the inside. During this process he questioned himself: How far can we go? Where does our body, spirit and mind ends? What exists at the edge of everything? Is there such thing as body’s limits, gender limits, lifestyle limits, perception limits and even the limits of love itself?

Alejandro met brazilian artist Lola Lustosa in Morni Hills Performance Biennale in India, since then they began an artistic partnership. During 22cubic Alejandro’s residency he invited her to co-create this public performance for which she also conceived an installation of prismatic lights and its perspectives.
They offered an interactive performance piece that invites the audience into a cosmic experience of time travel. Everyone comes into a dark degrade space followed by a pitch black cube. This performance creates an space where the public experiences multiple emotions and surprises, photo memories from the prismatic lights,  displacement from its own body and ultimately embracing complete darkness in collective breathing.