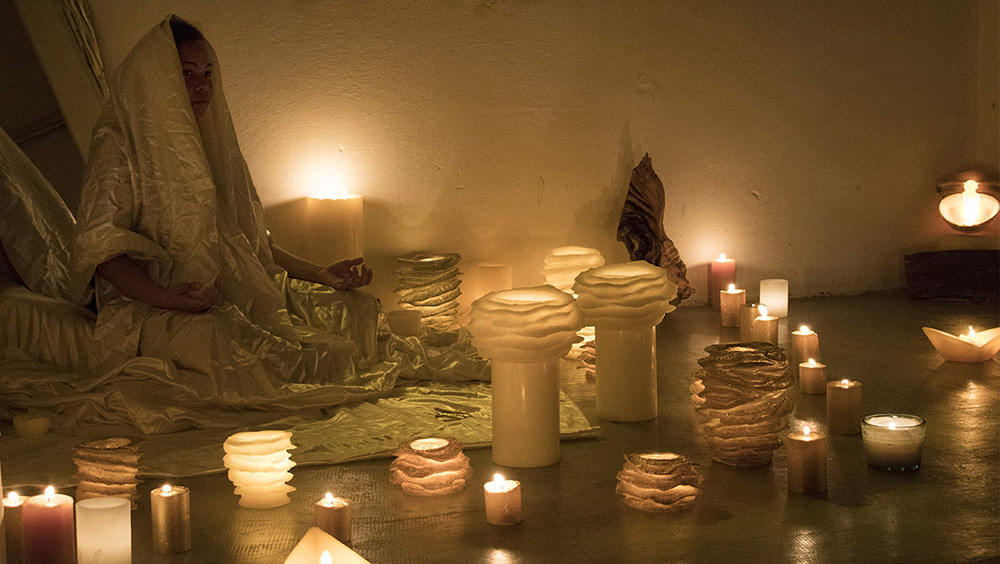 ¨I see myself.¨ -Gomez Peña

Transdisciplinary artist of performance that uses herself as subject and object of study to expand signs.
Born in the Caribbean of the 80s, between three islands: Cuba, the Dominican Republic and Puerto Rico. Antillean.
She is a worker of art and cultural management,
her role as manager is crossed by a vocation to community social service,
that like any attachment
it can embrace,
empower and soffocate her simultaneously.

As support in her languages, multidisciplinarity is present, she uses
the image, the word, the sound, the video,
the installation and the body
________________ always in the present location.
She created a project to move her work
and that of its interlocutors in different scenarios, spaces and places
of: Latin America, the United States and the Caribbean. Now Europe.
This artistic platform, hybrid and itinerant, she named it: Mezcolanza.

Let’s agree that I sit on this dynamited terrain of signs that can be my body-house
I compose in the altered symphony that can be the image
I intervene that sequence of moments that aspires to be the video
I alter that cacophonous noise that can be my voice.

I also say that every so often, I propose myself to be more and more: person.

Helen Ceballos No voy a pedirle a nadie que me crea

The artistic investigation of Helen Ceballos’ work is oriented to Latin American migration and identity issues, the border as a liminal terrain, transit spaces, migratory laws and their sociological aspects.

On this occasion the Caribbean artist invites us to a multidisciplinary exhibition consisting of video, photoperformance and installation for a universe that evokes the transferences and transits that intuitively make some living beings, including humans.